These hot cross bun’s really taste amazing. I could quite easily eat them all!!

> Turn the oven on to about 100 degrees C whilst you get the ingredients out, then turn it off and allow it to cool, you’ll put the dough in there later to rise. Line/grease the baking tray.
> Put the butter, milk and vanilla extract into a saucepan and heat until the butter is just melted. Measure the sugar out into your bowl. Leave milk mixture to cool for a few minutes and then whisk in the yeast and 1tbsp of the sugar. Cover for 10 minutes until it froths.
> Whilst the yeast is working, add the flour to the rest of the sugar, add the mixed spices and salt. Just loosely mix the dried ingredients together with a wooden spoon.
> When the milk mixture is ready add the egg to the dry ingredients and then add the milk mixture. Using a wooden spoon work the mixture into a dough, you will probably need a bit of extra milk, but add this gradually as you can add more, but you can’t take out!
> Place dough on a floured surface and kneed for 10 minutes. After around 8 minutes flatten the dough and sprinkle some of the fruit onto the top, kneed to combine, then repeat until all the fruit is in the dough. I did this 4 times to ensure all the fruit was in the dough, you can’t fit all the fruit on the dough in one go, so I don’t suggest you try!
> Place the dough into an oiled bowl (I used vegetable oil) and cover in cling film. Place in the oven which should now be warm, but not hot, this will help the yeast. Leave for an hour or so, or until doubled in size.
> After the dough has risen, place it on a floured surface and knock the air out of it. Then weigh the dough and divide by the amount of buns you want, 10 or 12. I made 10, each were around 110g this made a good size bun.
> Place on the baking tray, evenly spaced out and then cover in cling film, place back in the oven for another hour. With about 10 minutes to go remove from the oven and preheat the oven to 220 degrees C. Then make the paste. Take the flour and caster sugar and place in a bowl, add water a tiny amount at a time until you have a spreadable paste. Glaze the buns with the egg, then place the paste in your piping bag and pipe the crosses onto the buns 🙂
> Bake in the oven for about 15 minutes or until golden brown. You can serve them straight out of the oven or heat them at a later date. But once you’ve eaten one, you’ll want another!! 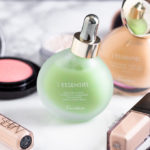 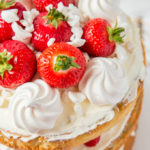 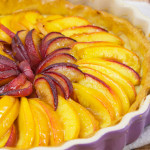 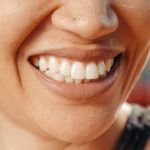