It’s day two of National Cupcake week! I need to bake some more tomorrow, think I might do a spice cupcake or something with fruit. Until then I have another chocolate type recipe. I mean you can never have too much chocolate right?

It’s my Mum’s birthday next week and we’re going out to dinner on Saturday evening. We’re going to an Indian restaurant we’ve been to before. I’m already practically drooling every time I think about it, I loved it, their mango chutney was to die for. I can’t wait to gobble it down again.

Anyway, back to cake. I am making my Mum’s birthday cake and she said that she’d like it to have something inside it when you cut into it. I could do checkerboard, zebra or marble, but they seem too easy. I’ve found a great tutorial on how to carve a heart into a cake. You have to layer the cakes up and then carve into the bottom and top. Think I’m gonna go with carving a shape. I wanted to do a flower, might have a practice, but actually I quite like the idea of a heart.

I’ve also decided to make a lemon cake with a raspberry curd filling. I need a filling that doesn’t need to go in the fridge as the rest of the cake wouldn’t fare too well if it needed too. That’s why I went with a curd. I love doing Swiss meringue buttercream for the filling and frosting, SMB is best at room temperature, but I’ve already bought the fondant to make the decorations and I know how I want the cake to look so I can’t use SMB. Normal buttercream needs to go in the fridge so I’m sticking with fondant. It’s going to be plain white and then I’m going to make little red flowers to go on the top to match the red ribbon I’ve bought 🙂

Also thought that I can make the cake which will become the shape inside raspberry flavoured so you get two hits of raspberry to balance out the lemon. Ahhhhhhhh the day dreams of a baker.

In fact, scratch that, the actual dreams of a baker. I dream of cakes, cookies, pies etc. I have to sleep with a notebook next to the bed so that if I wake up with a good idea I can write it down!

Back to these cupcakes, they have malted milk powder and crushed maltesers in. Yummmmm.

As you know I like piping frosting onto my cupcakes, but I was running short on time and, when I made up the recipe, frosting. I had to spoon the frosting on. Major sad face. I just don’t like how it looks, anyway they say it’s not all about looks…

Garnish them with another malteser and you’re done!

> Preheat the oven to 180 degrees C/350F and line 2 cupcake trays with cases.
> Place the butter and sugar in a large bowl or the bowl of your stand mixer.
> Beat until light and fluffy, about 2 minutes.
> Add in the eggs and vanilla extract.
> Mix until well incorporated.
> Add in the milk.
> Mix until smooth. In a separate bowl sift the flour and baking powder together. Add in the Horlicks powder.
> Add your dry ingredients into your wet.
> Mix until well incorporated.
> Place the Maltesers in a bowl, the one you used to mix up the flour is fine.
> Crush the Maltesers until they resemble rubble. I used the end of a rolling pin. > Add into the cake batter. > Mix until well incorporated, I mixed them in the the stand mixer, but double checked they were evenly distributed with a spatula.
> Split the batter between the cupcake cases. About 3/4 full.
> Place in the oven for 20-25 minutes until an inserted skewer comes out clean.
> As always, no pain, no gain, my top tip is take them out of the tray immediately as it stops the cupcake cases peeling away from the cupcakes. They’re hot, but you get used to it!
> Leave to cool completely on a wire rack.
> To make the frosting: Place the butter, sugar, cocoa, Horlicks and milk in a large bowl or the bowl of your stand mixer.
> Sorry for the lack of photos, I was running late to get over to my parents. However, it’s just put all the ingredients in a bowl and mix. Mix together, at first on a low speed so you don’t get a dust cloud. As the dry combines with the butter, turn the speed up to medium-high and beat until light and fluffy.
> This won’t make enough to pipe the cupcakes, if I make these again then I’ll make a bigger batch of frosting as I think it makes them look more professional, this will make enough to spoon a good amount onto the cupcakes with a little leftover.
> Spoon the frosting onto the cooled cupcakes, you can put quite a lot on and I circled the spoon around to create a whirl on top. > Garnish with a Malteser and you’re done 🙂
> Will keep in an airtight container in the fridge for 3-4 days. 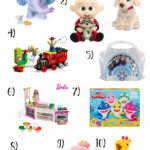 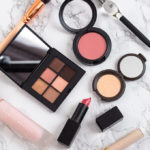 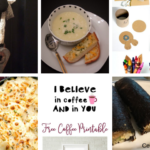 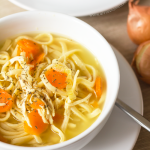