I cannot believe it’s Christmas Eve! My ham is bubbling away on the hob ready for breakfast tomorrow and I have a cake to make for Boxing Day. This year has flown by and it’s scary to think about. This time last year, I was just getting back into baking and now I have my own blog and bake almost every day.

I was also really enjoying my Uni course, but travelling 260 miles everyday to get there and back.

I hadn’t admitted to myself that I had an eating disorder.

Fast forward 12 months and I’ve transferred Uni’s. My new one is much closer to home, but I don’t enjoy the course at all and every day is a drag. I am counting down until I don’t have to do it any more. My ambitions have completely changed, I no longer want to be an Interior Designer, but a baker with my own shop.

My home life is more settled this year, I’ve been living here for a year now and still love it. I sometimes miss living back at home as it’s hard being away from my family, but generally I’m very happy here and I go and see my parents as often as I can.

In some ways I’m glad that 2012 is almost over. It’s been incredibly difficult, health wise, my back is so much worse than it was last year and it was bad then. Transferring Uni’s became the biggest pain in the bum ever, constantly fighting with Student Finance, but luckily that’s been sorted now.

In other ways 2012 has been a good, settled year. I’ve found out who my real friends are, they are there for me through thick and thin and I may only have a few close friends, but for me it’s never been about quantity and I honestly believe my friends are a Godsend, their support has been amazing and I’m so thankful. I’ve lost contact with a few people, in the past I would have been so worried about what I’d done and what they thought of me, but now I just feel that life is too short to have one sided relationships where I’m the only one making an effort. I’ve now stopped making the contact and they haven’t tried so I feel like that’s OK and I’ve moved on.

When I lived with my parents, we argued all of the time and I couldn’t wait to move out. Now, we get on so much better. My Dad always said to me “If you’re nice to people, they’re more likely to help you out” and that’s definitely been true this year. I know it’s because my Dad and I are so alike that we fought a lot at home, but when Student Finance were mucking around, my parents stepped in and lent me money so I could afford to live which I’m eternally grateful for.

I’ve always been mature for my age, but I now think that I’m even more mature, I feel like a proper grown up, which is sometimes scary, but most of the time it’s good to have responsibilities and to have a really good relationship with my parents again.

I’ve finally admitted to myself that I have an eating disorder. Anyone who has suffered will know how big a thing that is. I think it’s the first step to recovery though. Whilst I’m not better and I don’t have a 100% healthy relationship with food, I am so much better than I was last year. I’ve learned not to push myself as hard and that I can eat out occasionally and I won’t wake up fat. I’ve managed to maintain my weight for about 6 months now and I eat 2 proper meals a day. Yes, I still don’t eat lunch, but I’m working on that, I’ve started with some soup so maybe soon I’ll be OK with eating something. I still exercise a lot, but again I’ve learned that it’s OK to give myself a day off every once in a while and I now only run 5 days a week instead of 7. If I miss a run I no longer feel so bad about myself. It’s a constant battle, sometimes I feel like I’m winning and other days I feel like I’m spiralling down again, but generally I’m feeling pretty strong these days and I’m looking forward to eating my big Christmas dinner tomorrow – with loads of roast potatoes!

I know I’m incredibly lucky and much more fortunate than some, and I feel so guilty when I have bouts of depression because I know people must think I have nothing to be sad about, but that’s the thing with depression, you can’t explain why you feel like you do. In some ways I have everything that I’ve ever wanted, but I can’t help the fact I suffer from depression. I just have to appreciate things more when I’m feeling good.

So 2012 has been a mixed year for me, I feel like I should be saying it’s been amazing, but I don’t feel it has, it’s been good, hard and exhausting, but good.

Here’s to 2013 – I hope for more of the same friends and family wise, but I hope to feel better in myself and for the hospital to find something more long term to help my back.

Most of all I’m excited to see what 2013 brings for me and my ambitions. I want to continue baking and sharing my recipes with my lovely readers and maybe put some money into advertising and start doing some market stalls.

Lastly, I’d like to thank each and every one of you for supporting me this year and wish you all a very Merry Christmas and a Happy New Year!

Last week, when I was playing Santa for a day I delivered truffles and fudge to friends and family. I got so many compliments on the fudge, I’ll definitely be making it again. It was a recipe I found on Carnation’s website, but when it was in the mixer I could smell it and it smelt soooo good I was tempted to keep it all for myself and not give it as presents!!

> Grease and line an 8 x 8 inch square tin.
> Place all the ingredients, bar the vanilla into a large saucepan and attach a candy thermometer to the side of the saucepan. > Place on a medium heat and stir continuously with a wooden spoon. Bring to the boil and continue cooking until the mixture reaches “soft ball” stage (235 F) This will take at least 15 minutes, but it could take 30 minutes. Yes your arm aches after all that mixing, but it’s so worth it! Don’t stop stirring else it will burn and stick to the pan!!
> Once the mixture has reached soft ball turn off the heat and pour the mixture into a large bowl or the bowl of your stand mixer. > Beat for 10-15 minutes until thick and grainy. Whilst mixing add in the vanilla extract. > Place the mixture into the cake tin and smooth out with a spatula. > Leave to cool for an hour before placing in the fridge to set completely.
> Once cooled cut into 36 pieces. 6 x 6 rows.
> Will keep in an airtight container at room temperature for up to 2 weeks or in the fridge for up to 3 weeks. 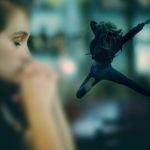 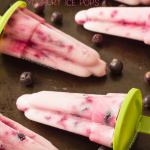 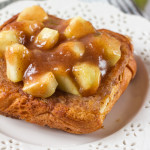 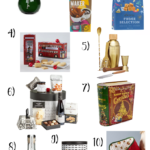