I’m going to show you the same image that I took in all three modes and show you the difference between them.

BUT, before we work on camera modes, we should probably cover what Aperture, Shutter speed and ISO actually are otherwise you’ll be using these modes with no understanding of what they do!

I’m purposely leaving Exposure out of this post because in Av, Tv and Auto, the camera will automatically set the exposure to correctly balance the image. I will go over exposure when I explain Manual mode next week!

A quick note: this is a long, wordy and image heavy post – but if you want to fully understand your camera then it really is necessary – get comfy on the sofa with a cup of tea and delve into this week’s photography lesson! 😀

OK, I’ll start with Aperture. This is how much light is allowed into your camera and is probably the most important thing to understand as it controls the dimension of your image. If you have an under exposed image and use a low shutter speed, you’d have a dark image, but you can change this later on. If you have a big aperture as well – you can’t change that later on in editing software. It can really make or break your image.

The aperture is a hole in your lens which lets light in. Your camera has a mechanism inside it with “blades” – the larger this hole, the more light is let into your lens. If you select an aperture of f/8 these blades move and close off more of the hole creating a smaller hole for the light to get in.

I know that it seems natural to think the bigger the number, the more light is allowed in, but with aperture this isn’t true. Just to add confusion 😉

The SMALLER the number, the BIGGER the hole to let light in.

The BIGGER the number, the SMALLER the hole to let light in.

FYI: Apertures are described as “f-stops” – but they both relate to the same thing.

What this means for your photographs is that you can control the depth of field or bokeh.

Say, you take an image of a cupcake with 2 cupcakes in the background. If you have an aperture of f/8 and a fast shutter speed you will clearly see all 3 cupcakes. However, if you change your aperture to f/2.8 and adjust the shutter speed accordingly (or let the camera do it) then you will see the cupcake in the forefront of the image and the back two will be soft and blurry – this is depth of field or “bokeh”.

Of course, different lenses have different ranges of aperture available, but I’m just explaining what aperture actually is today.

Now for the camera mode Aperture Priority – many people I know shoot in Aperture Priority as they love to control the depth of field the most – food photographers definitely have a love affair with a bit of bokeh!

Have a look at the images below, I shot these in Aperture Priority meaning I chose the aperture and the camera selected the shutter speed and exposure best suited to the surrounding environment to correctly balance the image. And now let’s look at them side by side: As you can see in the f/2.8 image you can see almost the whole cupcake at the front, the back is ever so slightly blurry and the background cupcakes are soft and blurry.

Compared to the f/4 image there isn’t a HUGE difference, but it is noticeable. You can see the whole front cupcake and whilst the back two are blurry, you can make them out more.

Now, let’s take a look at that f/7.1 image. You can clearly make out the front and second cupcakes, there’s the smallest amount of blur on the second cupcake, but do you see what I mean when I say that depth of field gives you dimension?

In the f/2.8 image you clearly see what the focus of the image is and the background is soft, but blurred so not too distracting. However, the f/7.1 image lacks this dimension, you can look at it quickly and it’s just two cupcakes and the back cupcake distracts from what should be your main focus.

With food photography, in theory anyway, you could take an image with a really slow shutter speed – say a full second, but if the camera is set on a tripod, your image should still be sharp because there isn’t the human factor that you could shake the camera.

Of course, if you’re shooting hand-held it becomes more important to have a faster shutter speed because unless you have the steadiest hands in the world, the camera will pick up even the slightest shake and your image will be out of focus. We’ll look at the pros and cons of using a tripod in a later post.

Aperture and shutter priority are directly related in the fact that when one changes, the other changes in order to create a balanced image. The perfect image is created when Aperture, Shutter speed and Exposure are all in line with each other. Time of day, season, weather etc. are ALL changing factors, so there is no right answer that you should “definitely shoot at 1/200” – you shoot according to the surrounding environment at that precise time.

Here’s a scale of some shutter speeds and how they affect your images.

Winter in the UK can be gloomy – I’m sitting here at 11:30 am with the light on at the moment! – so this all has an effect on your shutter speed too. I sometimes find I have to shoot at 1/30 (with aperture and exposure changed accordingly) just to let enough light into the camera to create a good image. I wouldn’t exactly advise shooting with incredibly slow shutter speeds as there’s definitely more room for error, but sometimes you just have to!

Here are some images taken in Shutter Priority – this is where I chose the shutter speed and the camera chose the aperture and exposure. Now, let’s look at them side by side: As you can see, as I made the shutter speed faster, the aperture got bigger – I find the change in background blur is really noticeable when changing shutter speeds (Obviously here we are not controlling depth of field first and foremost, but you can notice a difference!)

A SLOWER shutter speed = a BRIGHTER image and more blur.

This is where exposure comes into it, but in both of these modes, the camera selects the exposure for you.

ISO stands for International Organisation for Standardisation, but I’ve never heard anyone say it in its long winded official name, ISO will do us just fine.

This is why I don’t go above ISO 400 – with my food photography, I like there to be a smooth blur in the background, if I were to bump my ISO right up, the background would be VERY noisy which I don’t personally like.

Take a photo in the dark with your phone camera – see how grainy it is? That’s noise. And that’s what will happen to your images with a high ISO.

ISO also directly affects exposure. A higher ISO needs less light to make a properly exposed image. Test this out on your camera, set your camera up to be properly exposed (in Av, or Tv) and then JUST change the ISO and you’ll see the other settings change to compensate. Look at the difference it makes to these images: Since I have to shrink the images to fit side by side, it doesn’t show it very well, but for ISO the changes are so noticeable it’s better to just show you the larger images!

NOW, for today’s final part – shooting in Full Auto – I would say that for me, I tried to get off Auto as quickly as possible, because you literally have no control, you can’t even change the ISO.

At the precise time I was shooting, the camera thought it was dark enough for flash… there is one rule I have about photography which is non-negotiable: NEVER USE THE BUILT IN FLASH, (it results in harsh, badly lit images. There are other ways to bounce light and use artificial lights, just please promise me you won’t use the in-built flash!) so for me, in gloomy old England shooting in Full Auto results in awful images.

SO, natural light is my preference – Lindsay of Pinch of Yum recently did a post about Artificial lights, they give you a lot of control which can be good if weather and lighting is a big problem for you. I’m also aware that not everyone is a full time blogger and can spend the day chasing the light, but I have not studied artificial lighting in any depth, so Lindsay’s post would be where I’d send you!

For now, I will show you what the end of January looks like in the UK in Full Auto mode… it’s not pretty. See what I mean? There’s NO depth. The colours are wrong, the shadows are all wrong and parts of the image are too bright, whilst others are hideously dark.

I’m not saying shadows are bad, far from it, they add personality and depth to an image; some food bloggers do the most amazing shadowy, moody shots, which I’m in awe of (I’ve tried, it’s really not my forte), BUT I like the shadows that natural light creates, not what a camera flash pointing directly at the subject creates.

Here are a few of those blogger’s who do awesome moody shots: Taylor of Food Faith Fitness, Lauren of Climbing Grier Mountain and Naomi of Bakers Royale.

My advice regarding Full Auto would be – start on Auto if you have zero experience and have never turned it off Auto. Practice a little and then MOVE THAT SWITCH! If you live somewhere really sunny and never have flash problems, practice with Auto until you feel ready, but my biggest advice would be to just do it – switch to Av or Tv and just shoot, shoot, shoot! You will quickly pick up what you have to do to get the images!

So, that’s it for this week. PHEW – you made it! Congratulations, I know there’s a whole bunch of stuff in this post, try not to get overwhelmed. You can always focus on one part and then come back later, or keep coming back to this post for reference! Just remember that Practice makes Perfect!

Next week, we are starting Manual Mode! Happy Wednesday! 🙂 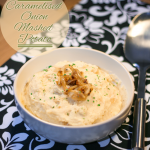 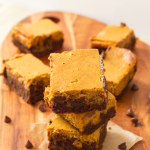 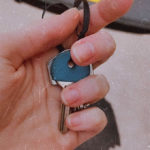