Ever have a week where you just don’t want to adult and you want to crawl back into bed and say “NOPE, not coming out”?

This week has totally been that for me.

It started last Friday when I went to pick my car up from getting a new Air Con compressor; drove it away and it made a new noise… Took it back and then got a courtesy car.

Then it was a long weekend so the entire road network in the South East of England was pretty much at a standstill and after a 4:30am start I just couldn’t go through the stress of trying to navigate my way around the country in a little courtesy car. I was drained and exhausted so stayed at my parents for the night which then meant I lost half of Saturday which was meant to be spent in the kitchen.

Basically I’m still catching up on work and it’s Thursday. Hence no post on Tuesday, because there just weren’t enough hours in the day for everything I needed to do. And I still don’t have my car.

Today I have an MRI which will take at least an hour out of my day and I have to go pick up some pain patches from the pharmacy as well. Does anyone have any experience with morphine based pain patches for chronic pain?

I’m wary about googling things as you get all kinds of horror stories, so I’d rather ask you guys! I’m almost at breaking point pain wise, so any relief would be welcomed, do these things work? I know they have to stay on for a week and you can shower with them, but apart from that, I have no idea! I’ve wanted to make S’mores Cupcakes for soooooooooo long!! But there are so many ways to make them, it took me quite a while to decide how I wanted to make mine. Ever indecisive… I decided against doing an entire biscuit crumb base as I do that with mini cheesecakes, so I went for the richest, most fudgy chocolate cupcakes I’ve ever had and cored them before adding in some sticky, sweet Marshmallow Fluff.

Oh Marshmallow Fluff… how I love you. Anyone else just grab a spoon and the jar?? To top these cupcakes, I made a cocoa based, rich buttercream. It’s really smooth and intense. A lot of the time I use melted chocolate in my frosting, but this time I wanted that richness and almost bitter taste from the cocoa, since the filling is SO sweet!

There’s a heck of a lot of cocoa powder in these cupcakes; but they’re amazing, so it’s totally worth it! 😀 Obviously you can’t have a S’more without digestives/graham crackers, so I crushed some up and placed larger chunks into the frosting and sprinkled the finer crumbs over the top. Pretty darn delicious if I do say so myself. Well, considering I had a plan this week for Peach and Blueberry Tarts and Strawberry White Chocolate Oatmeal Muffins… I think these are a good compromise. Back to the Summery, fruit filled stuff next week.

Although sometimes, you just need chocolate. Here’s hoping this weekend and next week are much better than this week! 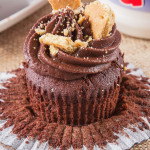 *I don't normally use margarine over butter, but in cupcakes I prefer the texture of margarine; you can use unsalted butter and add in a pinch of salt if you want to, they still taste amazing! 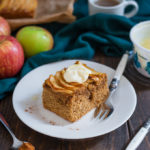 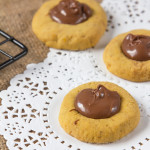 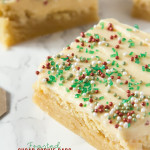