A sweet, spicy cookie, rolled in cinnamon sugar before being baked into perfectly puffy rounds. These Snickerdoodles are so moreish, you just won’t be able to resist them! OK. I’m converted. This is the first time I’ve ever made and/or eaten Snickerdoodles and they are just as amazing as everyone says.

Obviously only if you love cinnamon.

These are Mr Annie’s Noms worst nightmare encompassed into one, soft, more-ish cookie!!

I hear they went down a storm at work though. He announced he hates cinnamon and then everyone else dug in. One person was like “please take these away, I’ve already had 4!!!”

SO, why has it taken me 4 years to finally make Snickerdoodles? That old adage of my head being like a Pinterest board with 500 pins. I am constantly looking at different flavours and things I could make and these just kept falling down the list. Whoops! I am so glad that changed though. These really are perfection! I never thought I would say that about a cookie with no chocolate chips! It’s also the first time I’ve made a dough with cream of tartar. This gives the cookies a tang which is unmistakable and ensures they aren’t crunchy! The only thing I would change is the fact I slightly pressed them down before baking, I think, from doing some research, that they bake better as balls and then you can press them slightly when they come out of the oven.

That doesn’t affect the taste, though, just the appearance. Another thing I really love about this recipe is that it doesn’t need to chill for 6 hours. Which means those cookie cravings will be sated much more quickly!

It’s a pretty thick and easy to work with dough. Not too sticky, but I still prefer to use some disposable gloves when rolling the dough balls as I’m less likely to keep eating the dough!! I just can’t bring myself to eat off of a gloved finger, hahahaha!!! 😀

At least that means, these actually stand a chance of becoming cookies and half the dough hasn’t disappeared before baking! 😉 After rolling the dough into 1.5tbsp dough balls, I rolled them generously in some cinnamon sugar. You can buy this, but it’s so easy to make, there isn’t much point in buying it. You can also control the cinnamon if you make it yourself. I made sure the cinnamon sugar was plenty spicy enough!

After rolling in cinnamon sugar, I placed them all onto a lined baking tray and placed them in the fridge for 1 hour. At this stage (and because my fridge isn’t that big) I put all of the cookies onto one tray.

After chilling, I then separated them onto two baking sheets and spaced them out as I normally would, with 2 inches in-between each ball. These cookies don’t take long to bake, around 9-11 minutes at 180C/350F. They will be puffy in the centre and an even orangey/brown colour. The tops will look matte and ever so slightly firm to the touch.

I just couldn’t help myself and ate one straight out of the oven, but technically speaking you should wait for them to cool before eating one (or 5, I won’t tell!).

I would also advise using granulated sugar to roll the dough balls in as I used slightly finer sugar and you couldn’t see much sugar on top of the cookies after baking. Again, it’s an appearance thing, these things would still be gloriously tasty even if they were ugly and misshapen! 😀

How high can you stack? 7 and then they fall over… 😉 I may be late to the Snickerdoodle party, but I’ve arrived and they are PERFECTION! 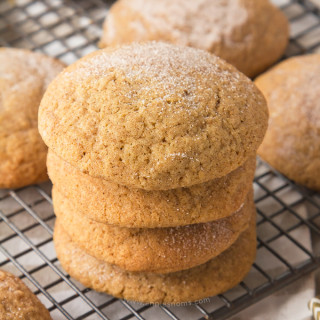 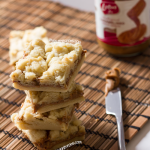 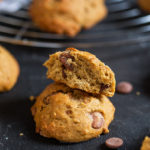 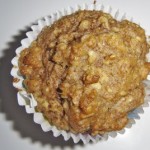 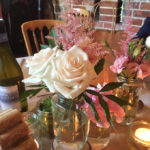