Lusciously smooth chocolate orange cheesecake, with a crunchy Oreo biscuit base. A deliciously simple Christmas bake everyone will love!

Uh-oh. The dreaded flu has hit our house hard this past week.

I’ve been half expecting and 100% dreading waking up every morning in case I swallow and it feels like I’m swallowing glass. BUT… I’ve been fine so far… so I’m keeping everything crossed it stays that way, I have far too much to do and cannot afford to be ill!

It has really hit the Mr though. We thought it was just a cold to begin with, but almost 2 weeks later he’s still struggling and all of his symptoms point towards flu. I guess it’s good it happened before and not during Christmas???

Oh the cough… and the voice! At one stage he sounded like the gingerbread man from Shrek. I know I shouldn’t laugh, but I just couldn’t help it! I really hope it’s gone for Christmas, it’s not going to be fun if he’s wrapped up in bed all day.

So, what’s a food blogger to do between caring for a sick fiance and trying to find something decent to watch on TV?

Originally, I was going to make these Chocolate Orange Mini Cheesecakes… but somehow I was on auto pilot and just grabbed an 8×8 inch square pan and they were in the oven before I even realised. This was the first time I’ve ever experimented with adding melted chocolate into cheesecake. For this recipe I melted some Terry’s Chocolate Orange and oh boy, it’s amazing!

It totally worked and it meant that my cheesecake mixture didn’t dry out. I was worried if I added cocoa powder that I’d end up with a dry, cracked cheesecake which wouldn’t be much good, but I’m so happy the melted chocolate worked as well as it did! These are honestly divine! I don’t know about you, but for me, Christmas isn’t Christmas without a Terry’s Chocolate Orange!

The base of these bars is crushed up Oreo’s mixed together with melted butter and baked for 10 minutes before being topped with a thick, smooth and scrumptious cheesecake mixture.

Then I sprinkled some chunks of Terry’s Chocolate Orange on top of the cheesecake and put them back in the oven for 20 minutes until the cheesecake was set. Once cooled, I cut the cheesecake bars into 9 and then when it came to serving I added a squirt of cream on top and some broken up pieces of chocolate orange.

Woah. I mean. It’s hard to put into words how amazing these are, but on account it’s my job, I guess I have to.

Each mouthful is the perfect contrast between crunchy and soft. The cheesecake layer melts in your mouth into the most amazing tangy, sweet, orange and chocolate filled heaven.

Then you hit that base and it throws these over the edge. You all know I’m an Oreo addict, them crushed up with some melted butter? Blissful.

So, if you want an easy way to use a Chocolate Orange then these Cheesecake Bars are just the ticket!

Note 1: You can use any orange chocolate you want, it doesn't have to be a Terry's Chocolate Orange. Green & Blacks and Lindt also do orange chocolate and it's delicious! Recipe by Annie of Annie's Noms 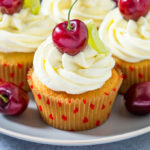 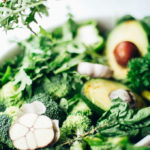