A thick and chewy snickerdoodle cake baked in a cast iron skillet and topped with ice cream and caramel sauce. A delicious, dessert that’s just perfect for sharing! I feel like the world’s worst blogger. I know I’ve been MIA and I really do apologise, but my health has gone downhill recently and I’ve been feeling pretty overwhelmed with life/work/health etc. It’s been a real struggle the last few weeks.

I’ve still been doing client work, just at a slower pace. I’ve been pretty stuck on the sofa/in bed with it hurting to breathe and unable to stand for more than 10 minutes.

Normally I try to stay positive throughout all of the things life throws at me, but recently I’ve just been struggling. It’s just got to me. The constant pain, the fact I can’t just do stuff like normal 25 year olds…. Even this morning I was having an MRI scan to find out if there are any growths in my ear canals.

I know these feelings come and go and this “phase” will pass, but for the moment I’m just trying to get through each day and I’ll try and get in the kitchen when I can to bake. Anyway, let’s get back to today’s recipe; this Snickerdoodle Skillet Cake.

What could be better than a cinnamon filled cake the size of your face? I don’t know the answer either. Although I’m obsessed with cinnamon, I only really got into Snickerdoodles last year. I had pretty much guessed I would love them, I just never got around to making any until then. But, boy am I obsessed now! This is a really simple cake recipe and since you can bake and then serve this cake in the skillet, that means less washing up!

Since Snickerdoodles are normally rolled in cinnamon sugar, after baking the cake, I sprinkled the whole cake with cinnamon sugar; adding a little crunch and an extra cinnamon hit!

I served this Snickerdoodle Skillet Cake warm, piled with vanilla ice cream and a drizzle of caramel sauce.

I’ll be getting started on festive recipes this week, so stay tuned for them! I meant to share this cake a while ago, but then I got ill. However, it was so good, I just HAD to share it with you guys, so I’m getting started a little late on the festive baking! 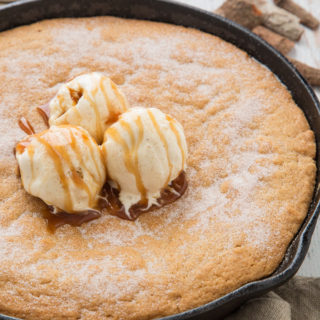 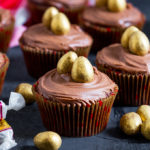 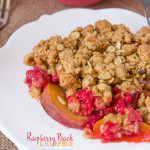 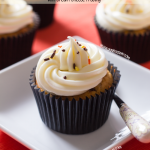 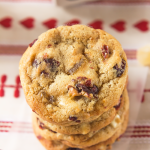