What could be better on a fresh Autumn morning than a freshly baked Maple Pear Scone? Full of fresh fruit, maple syrup and a little cinnamon, these are light, flaky and delicious! 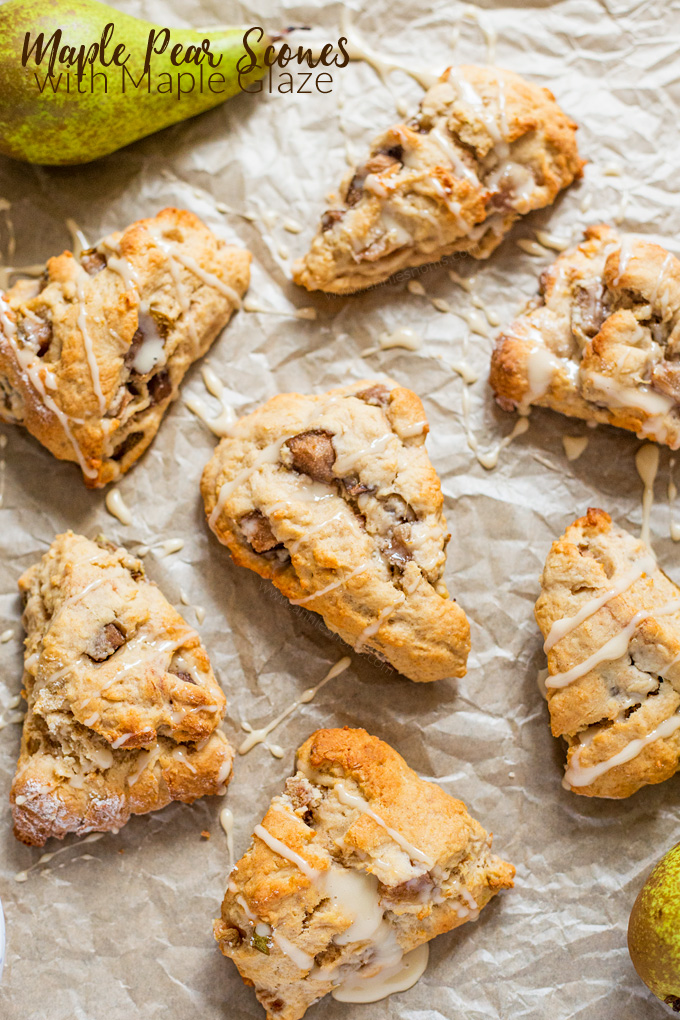 Well, this has been a week. I don’t know what I did to tweak my back, but this past week has been unbearable. I’ve been desperately trying to keep positive and keep working, but I feel pretty useless when I’m in this much pain and every time I breathe in I get a sharp pain down my spine and legs.

I know it comes and goes and I get flare ups every few months (I’m in pain everyday, but I go through phases of it being fairly tolerable, then I’ll have a flare up where it’s so bad I struggle to do anything), so maybe this was just another flare up that I was due… especially since I can’t pin point exactly what I did initially. I do know what made it worse because I’m stubborn… It was hurting last Friday and I tried a workout and felt it twinge again; since then? It’s been the pits.

None of my medication is touching it and I’m on things that would make most people comatose. Unfortunately there’s no cure for what I have, so I just have to manage it and that means going through phases where it’s so painful I want to give up and cry. 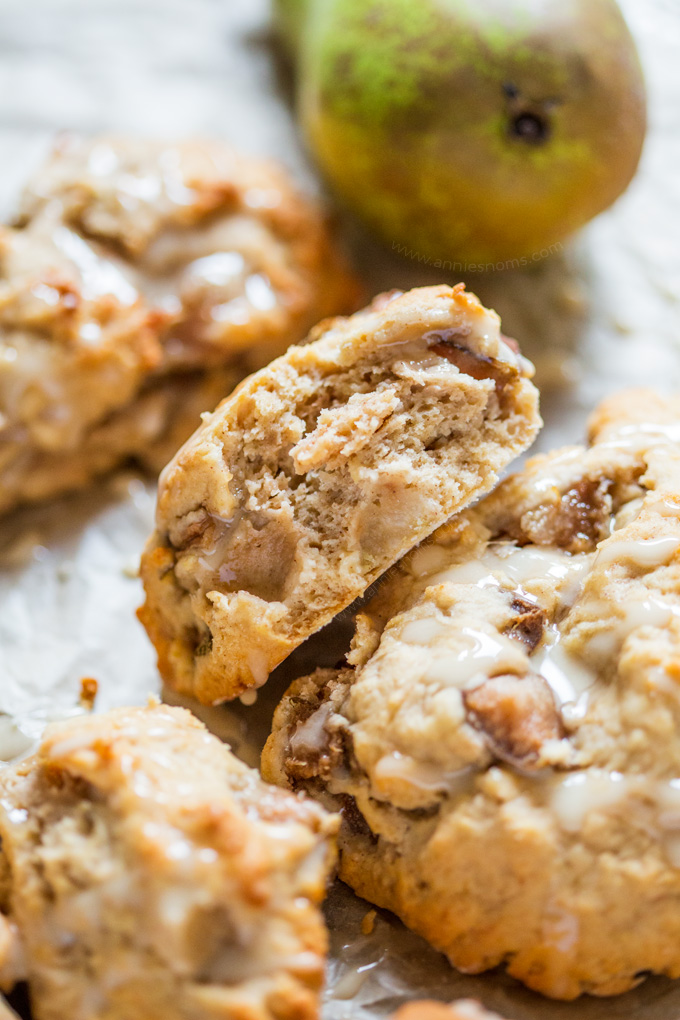 Anyway, I did manage to get into the kitchen last week and make these Maple Pear Scones. Light, flaky, soft and filled with chunks of juicy pear and maple syrup. These are divine; just out of the oven, warmed or at room temperature, these are addictive and the perfect Autumn breakfast recipe! In this recipe, I also left the skin on the pears because I love pear and apple skins and I know that’s where all the goodness is! Of course, you can remove the skin if you’d prefer.

I added in a little cinnamon because I just feel like everything is better with cinnamon!! Haha, my fiancé does not agree! He can’t stand the stuff; it’s unfortunate for him that I sprinkle my porridge with cinnamon every morning and then sit next to him and eat it. 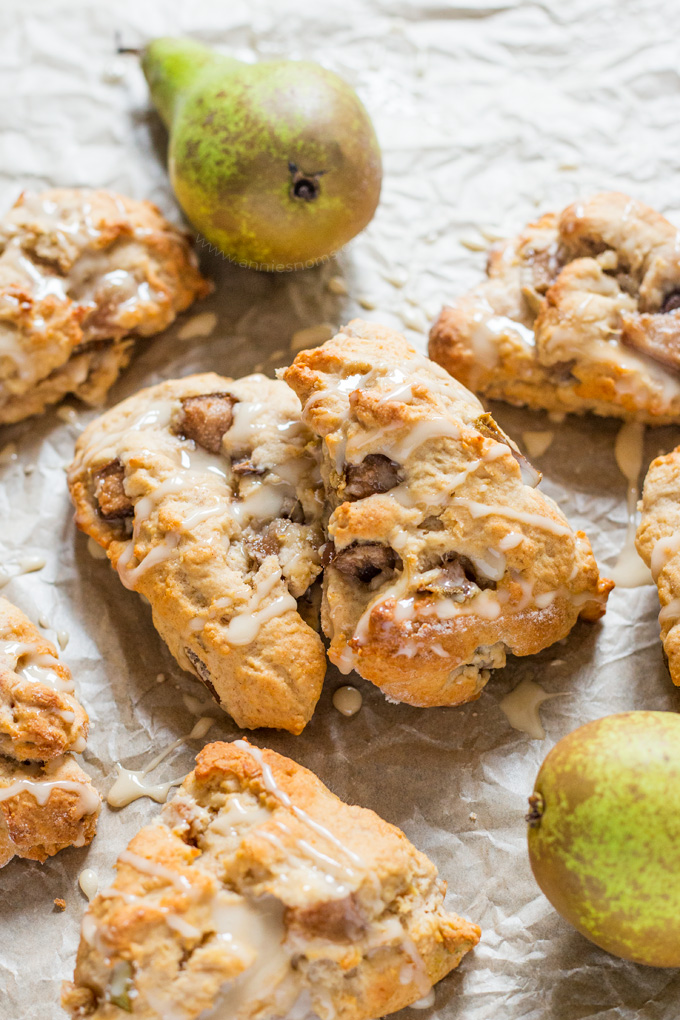 He has got a little better in the years we’ve been together, he will at least eat something if it has a tiny bit of cinnamon in, but cinnamon rolls are a no no, he hates Snickerdoodles and he can’t stand Pumpkin Spice Lattes.

I adore all of the above, so he must dread this time of year!!! 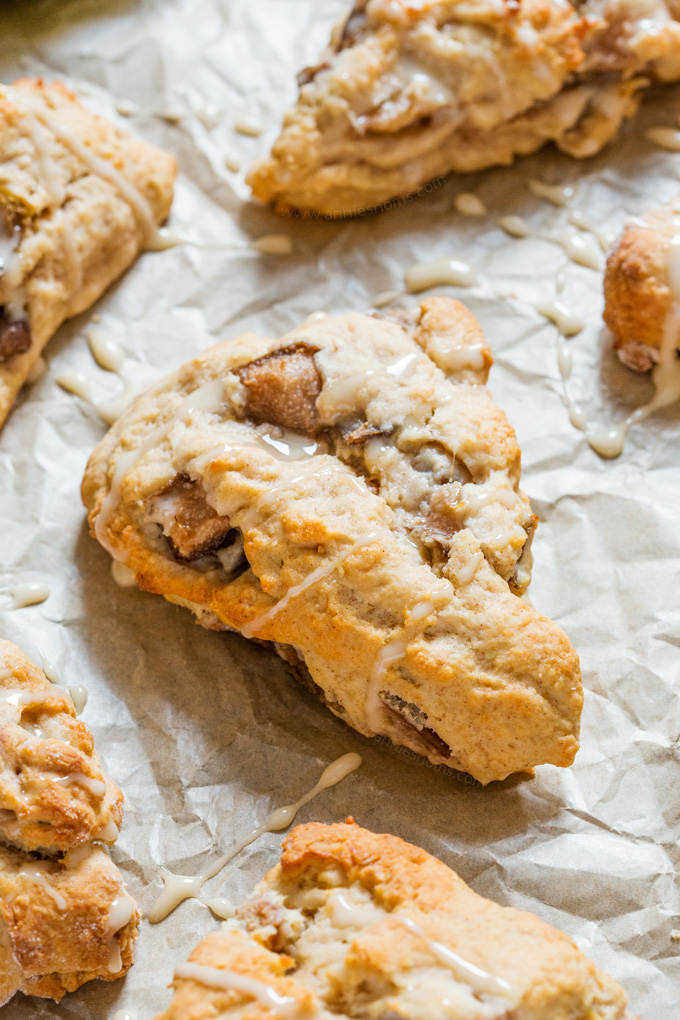 There’s little I love more than a freshly baked scone. Be they plain with jam and clotted cream (the traditional way here) or full of fruit/chocolate/spices, I just love scones so much!

Their flaky texture, the fact they are soft and filling; the way they go golden and a little crunchy on top when you give them a wash of egg/milk. Scones are my favourite thing to make and a few years ago I was completely obsessed… I made scones EVERY SINGLE WEEK for months. I could not stop eating them.

Yes, I have an obsessive personality. I go through phases… reading? Love it, will read 20 books in a row then not read a book for months. The Sims? Will hardly sleep because I want to play so bad. This will last approximately 4 days before again, I don’t touch it for another few months. A new album? I will listen to the whole thing on repeat for weeks, then not listen again for a year. It’s pretty tiring being in my head! :/

It’s the same with food; I go through phases of what I want for breakfast. It’s been toast with Marmite, Weetabix, porridge, scones, brioche, bran flakes, special K… we’re firmly in a porridge phase right now. But I feel that could change for these awesome Maple Pear Scones. And that glaze? DIVINE. Sweet, sticky and filled with pure maple syrup.

What’s your favourite thing to have for breakfast? Are you a savoury or sweet breakfast person? 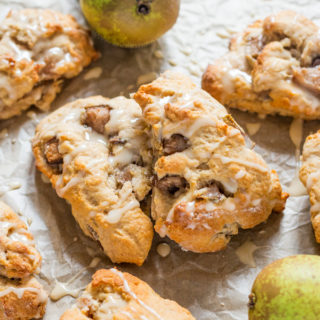 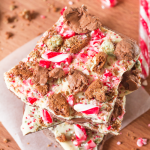 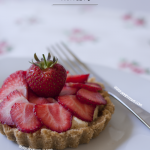 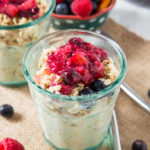 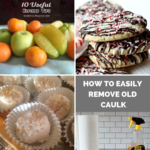 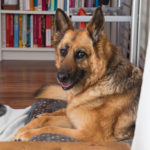 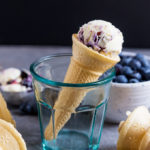