Hiya everyone, today I’m going to be sharing my thoughts on both the Hourglass Veil Mineral Primer and the Coola Daydream Mineral Primer.

My holy grail primer for the last few years has been the Hourglass primer; I’ve gone through bottles of the stuff. Whenever I wear it my makeup stays in place all day and my foundation doesn’t break apart.

However… I recently caught wind that the Coola Daydream primer was a dupe for the Hourglass one. Bring as obsessed with makeup as I am, I decided to put these two head to head to see how they perform.

DISCLAIMER: JOHN LEWIS LINKS ARE AFFILIATE, NO OTHERS ARE. ALL PRODUCTS PURCHASED BY ME.

The Hourglass primer is sold in three sizes; 8ml, 30ml and 60ml.

The Coola primer is only sold in 30ml and it retails for £42.

I managed to get the Coola primer at TK Maxx for £12.99 so keep an eye out to see if it ever crops up in your local branch!

This could be where the Coola primer pulls ahead and if you don’t wear separate SPF, I would advise you go for the Coola one, but I always wear SPF50 moisturiser so this is not a massive deal for me.

The Coola one comes in a glass bottle with a pump.

I genuinely can’t tell the difference between the two. They are both white, silky smooth, lotion like and lightweight. They apply the same, are easy to spread, don’t feel siliconey and they both smooth out the skin.

I’ve now been testing these two primers for 3 weeks and wear wise, there’s little in it. I’ve been wearing Coola on half of my face and Hourglass on the other.

If anything, after an hours wear, the Coola looks better; slightly smoother around my smile lines – this was the only discernible difference and as the day wore on, this evened out and they ended up looking identical.

I asked my Mum and my husband and neither could tell that I had different primers on either side of my face. I made sure to check throughout the day to see how they were getting on and they held up amazingly well. I was definitely worried that I could end up with half my makeup sliding off my face the first time I tested these, but that didn’t happen.

After 4 hours of wear I have to just blend my chin a little bit with a finger, but I always have to do this as I’m oily, it was the same with both primers, so I don’t think either needs points docked. My eyes stayed smooth and my concealer didn’t sink into my fine lines either.

After 12 hours, my forehead still looked smooth, my chin, my nose, under my eyes… all good. I have visible pores by my nose on my cheeks and whilst they never became big dots of foundation where you could see it had sunk in, if you got really close you could see tiny dots of foundation in my pores. But by this time I’d had 12 hours of wear with no sinking into my pores, so I’m still impressed by both. They kept everything smoothed out for what would be an entire work day.

I took my makeup off after 14 hours and it hadn’t got any “worse” (it really wasn’t bad at all) since the 12 hour mark.

I am not a scientist, but I’ve had a look at the ingredient deck for both of these and they are very similar. The first 4 ingredients are identical and in the same order, after that they have a lot of similar ingredients, but in a different order – this meaning they are in different amounts, but since neither give how much of anything is in there, it could literally be tiny amounts we’re talking about.

Both use Titanium Dioxide and Zinc Oxide as the sun block, the Hourglass primer has less ingredients, but this is because Coola advertise that their primer has a “plant protection formula” – it has added honeysuckle, white lily and iris stem cells. Don’t worry that the Coola one smells like all these things though because it doesn’t. Neither have a fragrance.

Having looked at the ingredients, I’m not surprised they wear and feel so similar because they are similar.

I am so happy to have found a cheaper alternative to the Hourglass primer. It used to be £99 in the UK for the jumbo 60ml tube, although recently it has come down to £68. Since I got the Coola for £12.99 I’m even more happy to have it in my collection.

In my opinion these are almost identical, you really could buy either – the only thing I would say is that the jumbo Hourglass tube is more travel friendly than the 30ml because they’re both in glass bottles.

The Coola slightly edged the Hourglass with SPF and with how it looked after 1 hour of wear, but over the days I wore them I would say overall (looking at the whole day) they both wore the same.

I still love the Hourglass primer and will continue to use the tube up, but the Coola has become a favourite straight away and has gone up to Holy Grail status. I’m super picky with primers, so to have found two which work the same is amazing.

I would buy both again and it would probably come down to whether I found another Coola one at TK Maxx or there was a 10-15% off somewhere. 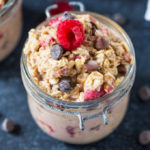 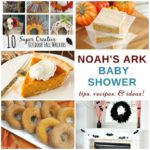 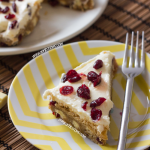