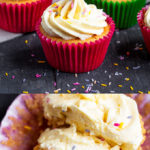 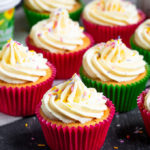 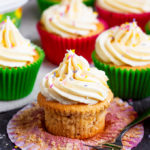 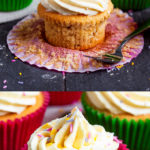 These Vegan Vanilla Cupcakes taste just as good as traditional vanilla cupcakes! Topped with light and fluffy vegan frosting, these are the perfect sweet treat for all to enjoy!

Hi everyone, how are you doing? Today I have an exciting recipe for you. OK, the recipe isn’t anything fancy, however, it’s my first foray into vegan baking, so I’m super excited to share these Vegan Vanilla Cupcakes with you!

Now, I am not going vegan. I will still be sharing recipes with eggs etc, but I don’t see any reason why I can’t share vegan recipes from time to time to broaden my horizons and allow more readers to be able to make my recipes.

Since I’ve gone dairy free, I’ve had to experiment a lot with my cooking and baking. Finding new products I like and that work, that process is still ongoing. BUT, it made me think about the prospect of developing some vegan desserts as well.

These Vegan Vanilla Cupcakes are easy to make and taste great. I gave my husband one and he didn’t guess it was vegan. They taste SO good! Plus that frosting on the top? Pure heaven.

I used Vitalite plant based spread in both the cupcakes and frosting and it worked great. If you have a vegan butter or spread that you prefer then use that. I’m a novice with vegan products…So I researched the best vegan spread in the UK and got my husband to buy it when he was food shopping.

Man, I miss being able to go to the supermarket like normal. Not having to write the most detailed list and still having my husband come back with the wrong thing. Haha, one day. Hopefully soon!

LET’S GO THROUGH HOW TO MAKE THESE VEGAN VANILLA CUPCAKES…

To begin with I beat together sugar and vegan spread until it was light and fluffy. It worked just the same as the spread I normally used. It tasted the same and became fluffy like normal.

Next you need an egg replacer and some vanilla. I looked into egg replacers and the fact you could either make your own or buy one in powder form. From what I could gather, a lot of people said that the bought powders didn’t bake very well and resulted in dense baked goods. Not what we want here.

So, I then read through what I could use to make my own. You can use flaxseed, chickpea water (again some questionable results from my research on how it bakes in cakes/cupcakes), bicarbonate of soda and vinegar, baking powder, water and oil, applesauce etc.

I was going to use baking powder mixed with oil and water. However, the replacement for 2 eggs would have been 4tsp of baking powder and I already had 2tsp in my Vanilla Cupcake recipe that I used as a base to make these. I thought that for cupcakes, this would end up being awful and you’d taste the baking powder.

So, I ended up deciding to use applesauce. I always have some in my house as I love it on porridge. Plus it’s a binder which is what eggs do. Eggs also help with leavening, so I added a little more baking powder to compensate for the denseness/texture of the applesauce to help with rising.

Even adding a little more baking powder, it was still nothing like the amount I would have needed if I’d used it to make my egg replacer. These cupcakes do need a little longer in the oven than my regular cupcakes. However, they can take it as that applesauce adds extra moisture.

The only other thing I did was to add a little more vanilla to balance the flavour of the applesauce.

I’m super interested to play around with different egg replacers; I will try the baking powder, oil and water in a different recipe! One that doesn’t require as much baking powder to begin with. Plus I’d love to try flaxseed. Although, I read that it gives a slightly nutty taste, so I’m not sure I’d like that as I’m allergic to nuts and don’t like anything nutty in taste.

What’s your favourite egg replacer to use? I love these cupcakes with applesauce as it makes them flavourful, soft and moist. 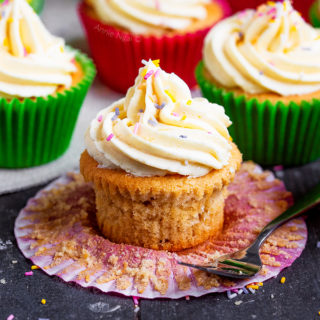 Annie N
These Vegan Vanilla Cupcakes taste just as good as traditional vanilla cupcakes! Topped with light and fluffy vegan frosting, these are the perfect sweet treat for all to enjoy!
Print Recipe Pin Recipe
Servings 12 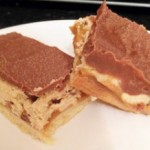 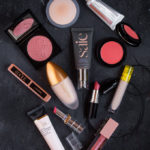 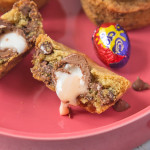 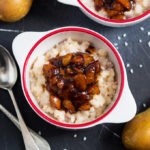 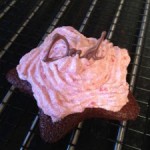 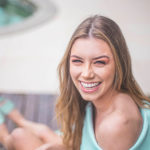