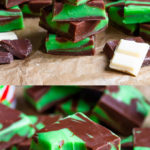 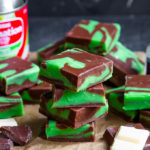 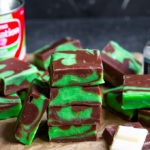 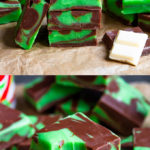 This Vegan Mint Chocolate Fudge is the perfect homemade Christmas gift for the vegans in your life, but is perfect for anyone who loves a sweet treat as you wouldn’t even know it’s vegan. Best of all? No thermometer required!

Hello everyone, hope you’re doing well. Lots going on my end which is making it hard to be consistent with getting content out. Recovery is still such a rollercoaster. Some days I see how much progress I’ve made in the last three months. Other days, I really struggle with the impact it’s had on my life.

I’m now having blood tests every few weeks as my liver is doing something funky. Medication could be causing it, but I need the medication so my body can break down the clots. It’s being monitored and I may need more investigations. I also have something going on with my eustachian tubes/ears/sinuses. I used to suffer chronic ear infections, sinus infections and eustachian tube dysfunction, but it settled and I haven’t had anything for 18 months.

So, yeah a lot going on. Which means I have even less patience with people determined to play the eternal victim and make out me seeing through nastiness and games makes me a bad person. I never just wake up and decide not to like people for no reason. I put up with a lot before I say enough. However, it seems we have the next chapter in how to try and get people back on side and make me look bad.

Suddenly been sent a Christmas card again after years of games. Expecting the fake tears about not knowing what they’ve done and they’ve tried and I’m so horrid next. But, they can’t even be bothered to write my husband’s surname correctly. We’ve only been together nearly 11 years. I sent cards as normal for the first 2 years, then decided I would be stopping as it was so petty. Then we got a card the next year, then not the next couple. Now we’ve just got another one. This is just a small example of what goes on. Only sending when they need to get people on side or when they’ve been told no. I’m trying to recover from nearly losing a limb or my life here, I don’t care about inconsequential stuff.

Some moments are funny though. Like the scheming that goes into trying to think up a scenario to make it all look innocent. Must be 18 months of scheming, deciding who will fall out with someone, so someone else looks good… I have no time for it, I’ve got more important things to be dealing with, it’s just so tedious.

Back to recovery, I’m up to 2 miles walking daily with my walking stick now. I’m really trying to put less onus on the stick while out. However, I still need it for hills and when I’ve been walking for a bit. It’s all just slow and steady.

I’m still getting plenty of pain flares, but as long as they don’t take me out for days, it’s OK. I’m still not cleared for full on workouts. I’ve been told to be careful, not to push it too much, as I won’t be pain free for a while. So, that isn’t my aim with walking. It’s OK to have a little pain that calms down when I get home and elevate my leg. It’s a lot of listening to your body. Something I used to be terrible at, I really struggled at the beginning. I’ve got slightly better at it, but it’s still hard.

My swelling seems to just be staying the same currently. Initially, the outer most layer of swelling went down, but the smaller, hard lumps of swelling are still there. I was told it will be around 6 months before the veins start to settle and then the swelling should hopefully go down. It’s still tender and I get all kinds of weird pains. Sometimes it feels bruised, other times it’s like something is poking me from inside and it gets so itchy inside.

I also found out recently that one of my clumps of clot made it to my lower abdomen. Which now explains all the pain and swelling I’ve had there too. And the trouble with my bladder as the swelling is most likely pressing on things. Most of the time I’m positive about things and really trying hard to focus on recovery. I’m always looking for the next little goal that I can tick off. Sometimes it really gets to me and I struggle mentally.

I don’t think the sinus thing is helping as I’ve been so nauseous and dizzy. Plus my head feels like it’s going to explode sometimes. I have this constant cigarette smell in my nose at the moment. I even took a C***d test as changes in smell can be a symptom. It was negative and I have no cold symptoms. It seems to be purely sinus related, but I feel so off balance.

HOW DO YOU MAKE THIS DELICIOUS VEGAN MINT CHOCOLATE FUDGE?

This fudge recipe is super easy to make and you won’t need a thermometer! There are a few more steps to this fudge than normal , but it’s easy. It’s just a case of separating the mixtures, so you can get the pretty swirls!

You can also make this with regular condensed milk and chocolate if you want to make a non vegan version. My aim with this was more dairy free, but it ended up being vegan too!

This is the first time I’ve used the Carnation Vegan Condensed Milk and when I first opened it, I was like “omg has it gone bad?!”. It looks like caramel compared to regular condensed milk. However, with a quick search on the Carnation FAQs I found that they answered this question. I’m assuming they get it a lot! Apparently, the colour comes from the toasted oat flour they use.

I will say that, straight from the tin, it does taste a little different to regular condensed milk. It also has a slight graininess to it. However, once I mixed it with the dairy free chocolate, butter and peppermint extract, I couldn’t tell the difference, either with the texture or taste.

I like to line an 8×8 inch square pan with a double layer of cling film. I’ve seen recipes which use other things to line the pan, but they never work for me. I tried foil a few times and every single time, without fail, I’d get foil stuck in my fudge! Then it would tear and stay set in my fudge. Nobody wants to eat metal with their Vegan Mint Chocolate Fudge, so cling film is they way I go.

With a single layer, you also risk it tearing. I also always make sure I spray the pan with cooking spray, then add the double layer of clingfilm, then spray the clingfilm too. This ensures it pops straight out when set, no tearing!

You will need two saucepans for this recipe and I would advise the use of scales. A note: the Vegan Condensed Milk comes in a slightly smaller tin, 370g, versus the 397g of traditional condensed milk. I scaled the chocolate down accordingly.

In reality, it makes hardly any difference because nobody I know can eat huge wedges of fudge. You still get 16-24 squares of delicious fudge.

I placed both pans on a low heat and stirred frequently until all the chocolate was melted and everything was smooth and combined. At that stage, I removed the pans from the heat, placed 1/2tbsp of vegan butter into each saucepan and stirred until melted.

Now for the fun part! I took it in turns adding a spoonful of each fudge mixture into the prepared pan. You can sort of swirl it about, blob it in separate areas, or just spoon it into the centre and watch it pool out. I did a mixture of all three as I wanted it to look really cool and well defined.

For me, my least favourite method is just spooning it into the centre. It means you sometimes get quite large areas of one colour. I liked random blobs and drizzling/swirling. Continue until you’ve used all of the mixtures. Tap the pan a few times on your work surface to help with air bubbles. Cover loosely with cling film and place in the fridge to set.

Once the Vegan Mint Chocolate Fudge is set, pop it out from the pan, remove the cling film and slice into squares. This fudge will keep in an air tight container, in the fridge for 2 weeks. 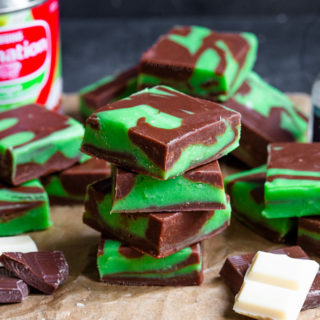 Annie N
This Vegan Mint Chocolate Fudge is the perfect homemade Christmas gift for the vegans in your life, but is perfect for anyone who loves a sweet treat as you wouldn't even know it's vegan. Best of all? No thermometer required!
Print Recipe Pin Recipe
Prep Time 6 hrs 10 mins
Cook Time 10 mins
Servings 16

*I would advise using Wilton/Sugarflair or equivalent brand concentrated gel paste food colour, not the gels from the supermarket or traditional liquid colouring. You will need a lot more food colouring and they are much runnier. This may affect the consistency of the fudge. I used Wilton Leaf Green for this fudge. I needed about 1/3 of a pea sized amount. Add very slowly and carefully as you can go from mild colour to WOAH in about 2 drops!! 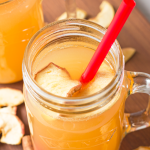 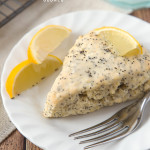 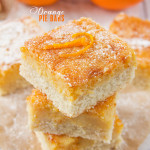